God is always at work. God is working in ways and in places that we would never recognize. If people before the first Christmas were asked what is the big news? They likely would have said: “The big news is all about Caesar Augustus and his big census . ”Caesar was the big name and Rome was the big superpower but the biggest event in human history was not being talked about in palaces and streets.

The big news was that God was coming in a way and a place that was humble and obscure.

This is the theme of Jesus’s life. A life of humility. He was born in Humility and he died in Humility. This week we will remember the ways of God in the Christmas story of Christ’s birth. Please come and ask someone to come listen with you. I promise it will point you to recognize God’s ways so you can know his work.

Please read the following verses and consider the questions. Plan to attend a small group to discuss these questions.

Luke 2:1-7 Now in those days a decree went out from Caesar Augustus, that a census be taken of all the inhabited earth. 2 This was the first census taken while Quirinius was governor of Syria. 3 And everyone was on his way to register for the census, each to his own city. 4  Joseph also went up from Galilee, from the city of Nazareth, to Judea, to the city of David which is called Bethlehem, because he was of the house and family of David, 5  in order to register along with Mary, who was engaged to him, and was with child. 6 While they were there, the days were completed for her to give birth. 7 And she gave birth to her firstborn son; and she wrapped Him in cloths, and laid Him in a manger, because there was no room for them in the inn.

What was happening in history around the time of Christ’s birth?

Luke 2:1-3 Now in those days a decree went out from Caesar Augustus, that a census be taken of all the inhabited earth. 2 This was the first census taken while Quirinius was governor of Syria. 3 And everyone was on his way to register for the census, each to his own city.

How did the Roman empire affect the common people of the world?

What kind of king was Caesar?

In what way did Jesus have a humble beginning?

What kind of King did Jesus claim to be?

What kind of leader is most common?

Mark 10:42 Calling them to Himself, Jesus *said to them, “You know that those who are recognized as rulers of the Gentiles lord it over them; and their great men exercise authority over them. 43 “But it is not this way among you, but whoever wishes to become great among you shall be your servant; 44 and whoever wishes to be first among you shall be slave of all. 45 “For even the Son of Man did not come to be served, but to serve, and to give His life a ransom for many.”

What place does humility have in the story of Jesus?

What place does humility have in those who follow Jesus?

Philippians 2:3-7 Do nothing from selfishness or empty conceit, but with humility of mind regard one another as more important than yourselves; 4 do not merely look out for your own personal interests, but also for the interests of others. 5  Have this attitude in yourselves, which was also in Christ Jesus, 6  who, although He existed in the form of God, did not regard equality with God a thing to be grasped, 7  but emptied Himself, taking the form of a bond-servant, and being made in the likeness of men. 8 Being found in appearance as a man, He humbled Himself by becoming obedient to the point of death, even death on a cross.

How can we wear Christ’s yoke of humility?

Matthew 11:28-30 “Come to Me, all who are weary and heavy-laden, and I will give you rest. 29 “Take My yoke upon you and learn from Me, for I am gentle and humble in heart, and YOU WILL FIND REST FOR YOUR SOULS. 30 “For My yoke is easy and My burden is light.” 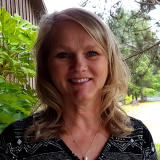