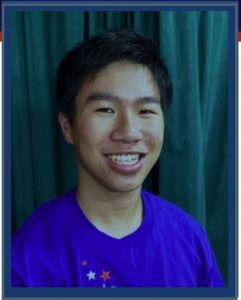 This is my first year with The New America Singers. I am going to be a freshman in college this year. This trip has been very new and fun experience for me. It was a very early morning; we woke up, had breakfast, and went to two secondary schools. The first school was a Catholic school with 600 students and the second school had 700 students. We had two nice long  bus rides to both schools. After the schools, we went back to YFC to eat lunch.

After lunch, we had the opportunity to rest up for some sight-seeing. During that time, we fixed up one of the YFC guitars to make it playable; fixing the guitar reminded me of how God takes us from our sinful nature to a clean and usable instrument. The next place we went to was Hong Kong Park where we did a lot of sight-seeing. It was a beautiful place with a few streams, ponds, and mini waterfalls. There were a lot of turtles and fish in the water. The park had a place called Olympic Square; however, ironically, it is a stadium that is in the shape of a circle. When we stood in the middle of the stadium and talked in a regular voice, our voices became amplified and echoed back at us. 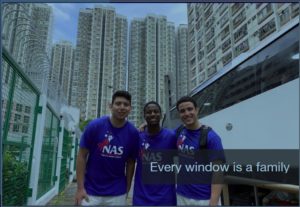 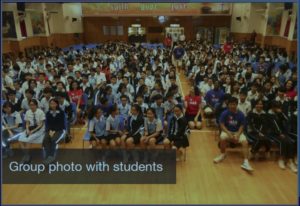 Victoria’s Peak was the final destination for the day. The tram that takes us to the peak was out of order so we took a bus instead. Once we got to the top of the peak we ate at Burger King. Currently, it is the only Burger King left in Hong Kong. We were able to shop at a huge shopping center for about an hour. It had
everything from inexpensive souvenirs to expensive fine quality watches. After shopping, we went to the peak to look at the view of Hong Kong. Once we finished up with the pictures, we walked back to the bus station.

The bus ride was a unique one. The driver insisted that there was enough room for all twenty-eight of us, even though it already appeared to be full. We all made it onto the bus; however, not a single one of us got to sit down. I was at the front of the bus and it was a fun ride down. It was a little bit like a roller coaster ride, but more controlled and with much less speed. Many of us commented on how well the bus driver could drive. It was about a thirty minute ride down to a bus stop.

After the bus, we walked to the MTR station for a few minutes. On the bus we met a man named Jan, who walked with us to the station. He was really nice and was very excited to meet us. We took a group picture with him at the station and then we parted ways. We headed back home to prepare for the next day. Group meeting, watermelon, prayer, showers, laughter, off to bed.

Be sure to continue praying for Matthew, Mike, and the rest of the team as they tour Asia spreading the good news in song! 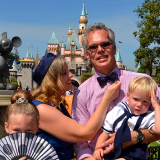